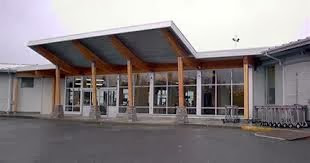 Air Canada is preparing to reduce it's footprint across Canada with a number of routes to be suspended in the days ahead, with a pause for many airports that will last until May at least.

In a statement issued by Air Canada Wednesday , they noted that they intend to continue to service destinations across the Country, though with significant changes.

The airline intends to continue to serve all provinces and territories of Canada, reducing its domestic network from 62 airports to 40 through a reduced network during the period April 1 to 30, subject to further reductions based on demand or government edict.

Among the communities that will see their service suspended is Prince Rupert, along with Sandspit and Smithers, with flights temporarily suspended as of April 1st until April 30th.

Terrace will remain as the only Northwest Airport to retain its service, with Air Canada continuing to monitor the situation closely with the potential to alter its schedule if appropriate.

You can review their full statement on flight suspension from the Air Canada here.

Update: Later in the day, the City of Prince Rupert/Prince Rupert Airport Authority outlined their plans for the Airport Ferry in the wake of the flight suspensions.

Further notes on local advisories can be explored here.

Cross posted from the North Coast Review.
Posted by . at 8:13 AM

Email ThisBlogThis!Share to TwitterShare to FacebookShare to Pinterest
Labels: Flights to be suspended at YPR