Mother Parliament has an attitude problem

Her Majesty surely is not amused, though we imagine there's a reason they refer to the place as the House of Commons.

Dispatches are being received from England's Mother Parliament of some rather unruly behaviour in the annexes of the House of Commons, as the Labour MP for the Scottish riding of Falkirk,  the new less than honourable Eric Joyce reportedly went on a violent rampage against his fellow MP's of the Tory persuasion.

The outbreak of uncivil behaviour apparently witnessed by Canada's Speaker of the House Andrew Scheer who probably has a much better feel for his own job after seeing how the original Gangsta MP's behave.

The Globe and Mail has a full review of the uncivil course of events, including the delicious line of the year for politicians far and beyond the hallowed halls of debate in London.

Heavy drinking is considered a serious problem in Britain’s Parliament. There are bars adjoining the Commons and Lords chambers which are packed before and after sittings; it is widely reported that some MPs have numerous drinks before attending sittings – even in the morning. Stories about drunken brawls and misbehaviour among parliamentarians abound.

If nothing else for the rest of us, it answers one of the great mysteries of English lore.

Of course the events of the day have made for much fodder for England's always eager press, some of the highlights of the lowlight event can be found below.

Did anyone ask the Pandas?

Much has been made of the Prime Minister's recent trip to China and the pending arrival of Pandas from the People's Republic, however, did anyone ask the Pandas if living in Canada was something on their agenda?

The Pundit Kitchen provides perhaps an answer for us all.. 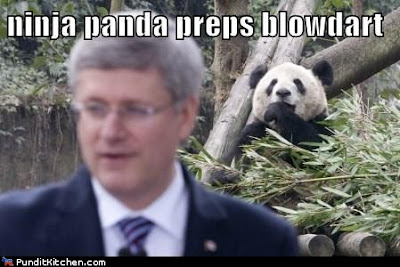 Email ThisBlogThis!Share to TwitterShare to FacebookShare to Pinterest
Labels: Harper on Pundit Kitchen 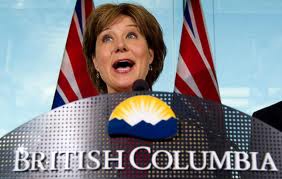 “You can say I’m going to enjoy a vacation in Arizona,” -- Now former Press Secretary Chris Olsen explaining that he is no longer part of Team Christy/Team Liberal.

It probably wasn't supposed to go this way, the Liberal plan we imagine was that Christ Clark would take on the leadership of the party after the walk in the snow of Gordon Campbell, rejuvenate the party and prepare to smack down the NDP at the first opportunity.

Indeed, considering the nasty nature of the coup d'etat that took place in the NDP to bring Adrian Dix to the leadership, the idea that the NDP would wander the BC wilderness for another four years probably was as safe a bet as one might have been able to pick up last year.

However, events have a way of turning things in different directions and after a week of mis-steps and confusion at times, the Liberals clearly seem to be on the defensive, desperately trying to regain some traction in an upward direction.

A plan that has been hindered in part by some rather strange decisions of late from the Liberal organizers, the most glaring mistake in a week that was full of them, the idea that not attending the Legislature with a speech from the throne and instead taking the message to the airwaves of your former employer CKNW was a good move.

Beyond the impression that you are sidestepping the democratic process of an address in the legislature, the address amounted to a version of Radio Nowhere, a project that has clearly caused more trouble for the shaky impression of leadership in the last few weeks.

With poll numbers highlighting that the Clark agenda isn't particularly resonating with residents of BC, the first step it seems is to shoot the messenger, with word that Chris Olsen has been handed his walking papers.

As Michael Smyth points out quite succinctly in his column in the Province today, letting Olsen take the walk off the plank isn't exactly going to change the current course of the good ship Liberal.

We're of course not sure of all the wheres and wherefores that led to the decision to relieve Olsen of his duties, but we imagine that the fellow who once brought us Olsen on your side, probably isn't going to be of that mind for his former boss.

Globe and Mail-- B. C. by-elections in limbo as Premier's popularity takes a hit
Vancouver Sun-- Same old on first day of legislature session
Vancouver Sun-- Clark's return to radio controversial
The Tyee-- 'But You're the Premier!"
Posted by . at 9:20 AM No comments:

This week provided a bit of a mathematical conundrum for Ontario NDP MP Rathika Sitsabaiesan, who in the midst of a speech last week on human rights  seems to have short changed her fellow Canadians by oh, about  25 million or so.

The Ontario NDP seemingly is a little confused about the current population base for the nation, suggesting that we are 9 million strong.

It's said that she mis-spoke and was thinking of the last vote count in the federal election, so we'll give her the benefit of a doubt,  however, even there she's a tad short, so perhaps her research team should head back for some remedial civics lessons.

The most recent federal election found  14.9 million ballots cast, 4 million or so of them designed for NDP candidates.

Regardless, perhaps it's just the new math for the NDP,  subtracting those pesky voters than may be inclined to support Liberals or Conservatives,  plus or minus 5 million for the home team.
Posted by . at 9:48 AM No comments:

Email ThisBlogThis!Share to TwitterShare to FacebookShare to Pinterest
Labels: NDP MP leaves out a few Canadians 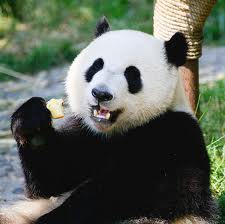 The first item on the Chinese to do list for Prime Minister Harper seems to have been achieved, that being finishing up the arrangements of a Panda transfer to Calgary and Toronto, complete with the obligatory pictures of cute looking panda's no doubt excited at the prospect of sweating out a Toronto summer or enjoying those non Chinook days in Calgary.

Of course there's much more to be accomplished for the Prime Minister, perhaps making sure that much in the way of video of him shaking hands with as many Chinese officials as possible make their way back to North America, in particular to the US, where the idea of Canada developing a more beneficial trade relationship with China will surely make for part of the news cycle.

Just some collateral fallout from the Keystone pipeline brouhaha, which seems to have become a favourite talking point of Republicans in the US election cycle, it's probably not high on their list of things to keep track of, but no doubt the Prime Minister's trip to China will be of some discussion along the campaign trail.

A piece in the Huffington Post is instructive as to some of the perceptions of the US as Canada seeks out a more enhanced relationship with China.

The visual of Canada changing a trade direction has become a bit of a talking point in the US as can be found through the radio voice of New York City WABC, where host John Batchelor explored some of the dynamics of the Prime Minister's trip on his Wednesday February 8th show (9 PM hour podcast)

As in any trade venture, it's all about the timing, while past Canadian Prime Ministers have made the pilgrimage to Beijing to seek out their own trade deals, past history has shown little in the way of success for Canadian efforts. 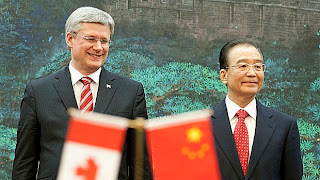 This time however, with China seeking a larger share of Canada's resource exports, there seems to be a more pressing urgency to complete some kind of tangible framework of negotiations.

The key focus of this current discussion seemingly petroleum, uranium and other products from deep within Canadian soil.

The question for the Prime Minister is will these deals simply exchange one world super power for another, while still keeping Canadian efforts to mere extraction of the nation's resources,  secondary industries seemingly get left off the negotiating process, with little in the way of value added items in the mix at the moment.

Short term, the Prime Minister's Chinese adventure should provide for some political gain, with one visit he seems to have accomplished more than most Canadian visits in the decades previous, with his trip the mantra that he's a hostage to big American business  now seems to be a tad out dated. 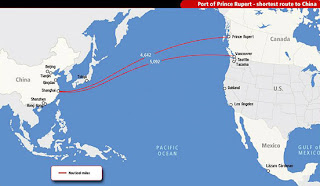 Expanding trade possibilities with China, in the wake of the Keystone pipeline setbacks in the US, charts Canada on a course of self interest, something that doesn't quite match up with the calls of those that don't like the Conservatives, or those that frequently suggest that the Prime Minister wants to siphon off all our resources to the US.

The visit also sends a clear message that Canada is more than willing to explore alternative trade options, especially when current trading partners seem disinclined to make decisions or follow up their negotiations with consistent messages.

In fact, the Americans might be getting a little nervous about the more pro-active trade approach that Canada is taking on the world stage, no longer willing to just be happy to be dedicated to just one market, a  market that seems to take for granted the trade relationship developed over the decades past.

Though we imagine, that while the negotiations with China and any other subsequent negotiations elsewhere in the Asian basin may prove to be beneficial, the idea that it signals a complete abandonment of the continental trade process already in place in North America probably is something that just isn't on anyones agenda.

Still the focus on the extraction of raw resources, wherever they are destined to be delivered is perhaps the larger issue for Canada.

The longer term problem for the Prime Minister, could be the idea that the country is just destined to be a landscape ripe for exploitation, with little in the way of making the best of our own resources.

Trade of course is the lifeblood of any country, but refineries, processing plants and exchanging finished lumber products for raw log exports are just a few of the things that Canadians might wish to explore when it comes to the resources of the country.

They provide for enhanced employment prospects and make better use of a resource sector and when you seem to be holding the bulk of the cards in what the world wants from you, some of the terms of discussion perhaps should be non-negotiable.

Some of the background and reviews of the Prime Ministers Chinese visit can be found below.